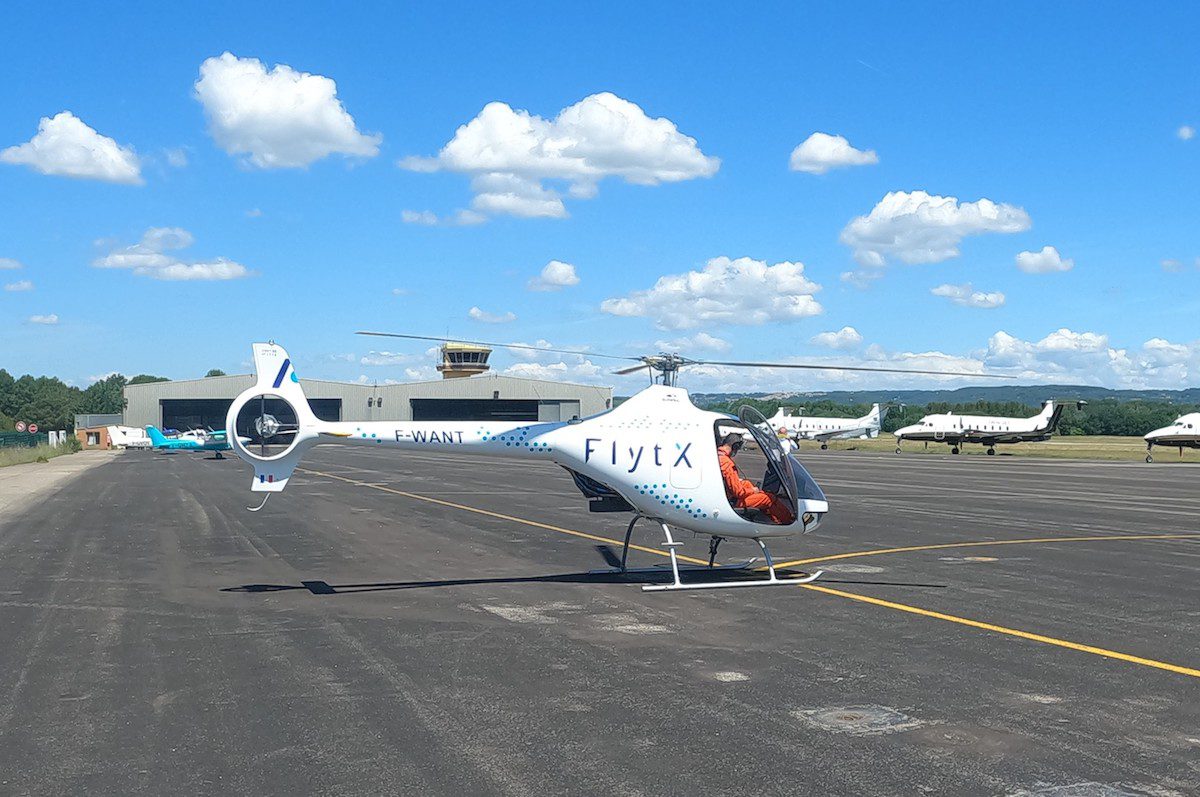 Thales is using this modified Cabri helicopter to test a prototype version of its next generation cloud-native FlytX avionics suite. (Thales)

Thales recently began the earliest stages of a flight testing campaign of what the Toulouse-based avionics maker describes as its first “cloud-native” avionics suite, FlytX, using a modified Cabri helicopter.

The Cabri’s flight testing campaign is using a single-screen version of FlytX to help develop the next generation avionics system that has already been selected by Airbus Helicopters and the French Defence Procurement Agency (DGA) to equip the Guépard, a future light joint helicopter, as well as by VR-Technologies for the future single-turbine light helicopter, VRT500.  In emailed comments to Avionics International, a representative for Thales based in Toulouse confirmed the company is taking a two-step approach to developing what will become their first avionics computing systems that are natively connected to external aviation systems.

FlytX is the avionics suite first unveiled by Thales in 2019 as a modular touchscreen-centric system built on the concept of virtualizing communications, navigation and surveillance systems by giving them native or embedded data sharing access to cloud and ground-based aviation systems. Computing and processing for FlytX is embedded directly into the one-to-four display configuration of the system, eliminating the need for separate avionics computers—as the display is now the computer.

“Indeed FlytX is a cloud-native avionics suite. Today, thanks to FlytX, the pilot is able to display and interact with his connected [Electronic Flight Bag] EFB directly on the avionics screen,” a representative for Thales said in an emailed statement to Avionics. “In a second step, FlytX will be directly connected in a cyber-secured way to external systems in order to use data from the open world in the cockpit itself.”

Another major focus within the development of FlytX is keep its architecture customizable, crew-centric and natively collected to a digital cloud where data for specific aircraft types and routes are available on a per-flight basis. 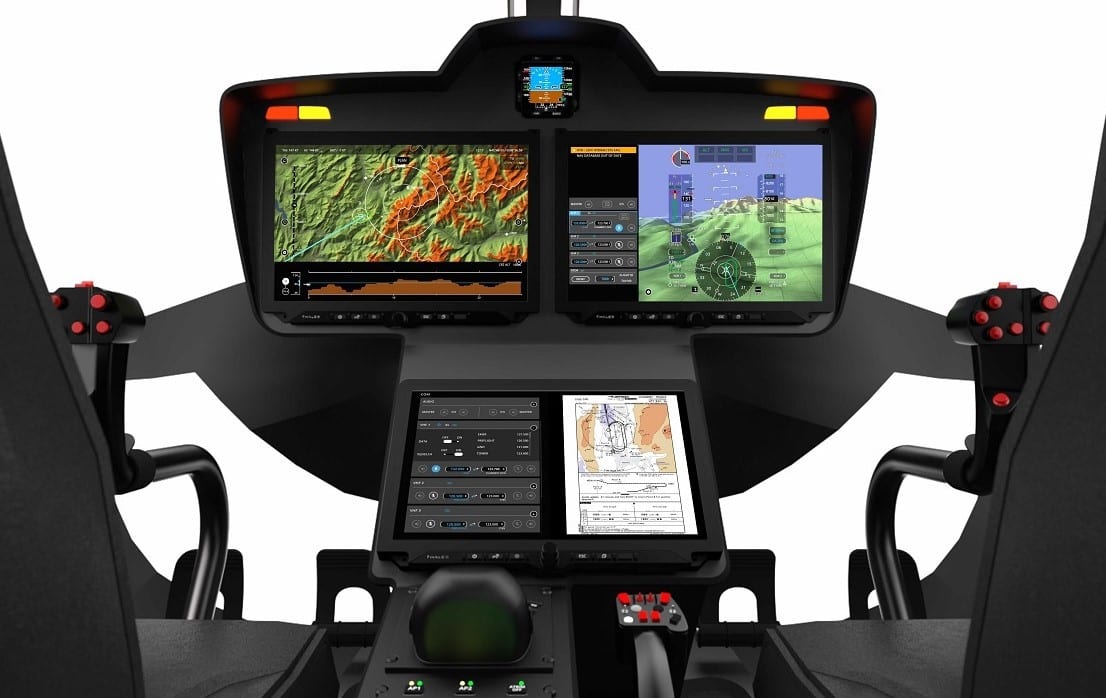 Thales was unable to provide a cockpit photo of the FlytX screen, however, this previously released computer generated mockup shows what it could eventually look like in the future. (Thales)

On the Cabri flight-testing campaign, Thales is using a 15-inch FlytX screen that is connected to the helicopter’s sensors and navigation systems, feeding data and information back to the display’s embedded processing system. Flight testing instrumentation connected to the display has been modified to simulate the configuration of a larger helicopter, such as the Guépard, Thales confirmed.

A team of engineers and pilots assigned to the Cabri flight testing campaign have been tasked with making “short-loop adjustments to improve the performance and maturity of the system before its integration on these first customer programmes,” according to a Sept. 6 press release. One of the key objectives of the flight tests is to validate the core native cloud computing elements of FlytX.

“The open world function is indeed being assessed,” the representative for Thales said.

The single-screen version of FlytX being flight-tested in the Cabri replicates what will be featured on the VRT500, which is projected to enter into service by 2023. Thales is also pursuing the adaptation of FlytX to fixed-wing aircraft in the near future.

“This is part of the FlytX roadmap,” the company said via email. “We have engaged discussion with aircraft manufacturers to introduce all the benefits of latest generation suite for fixed wing aircraft.”

Residents of a cul-de-sac in San Francisco say their neighbourhood is regularly playing host to a gathering of Waymo self driving cars and they don’t know why.According to local news station KPIX, the self driving cars have been driving up and down the “dead-end” street at all hours of the day “for weeks”, with no…

CBDC trial has commenced by the Bank of JapanThe trial includes three stages, among which two phases are for Proof-of-ConceptThe bank revealed that the first phase will last for a year until March 2022CBDC or central bank digital currency has become something that almost every central bank is looking into. People’s Bank of China (PBoC)…

Succession season 3 stars Brian Cox as Logan Roy in a no-holds-barred battle with his own kids. HBO Succession season 3 opens with helicopters, because this is Succession. Logan Roy soars among the gods, remote and elemental. Kendall hides in a bath. But despite this initial appearance, the roles may be reversed. Logan is, for once,…

Let’s talk a bit about return potential, and small-cap stocks. The two attributes are related, and frequently offer investors a fine combination of risk-reward ratio to emphasize the former. It’s the basic arithmetic behind finding a solid return potential. A small cap stock, one with a market value lower than $2 billion, will usually feature…