Some Lanes at LAX Close For Construction of Pedestrian Bridge 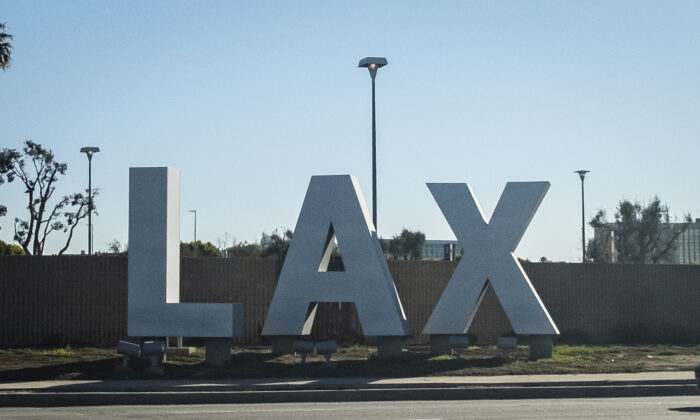 LOS ANGELES—Starting on Sunday, the upper/departures and lower/arrivals levels of World Way will be closed at LAX’s Terminal 1 for differing times inbetween 10 p.m. and 7 a.m. to helpwith building of a pedestrian bridge over the highway, airport authorities revealed.

The closures will be in impact upuntil March 4 and onceagain from March 6 through 9 for the bridge, which will link the future Center Central Terminal Area Automated People Mover station to the extension of Terminal 1.

During the complete closures, cars will makeuseof developed detours to path around the closures, gainaccessto the terminals and exit the Airport through World Way South.

Upper/departure level closures will take location inbetween midnight and 4 a.m. Traffic to Terminals 7 and 8 will follow the southbound East Way detour. In order to gainaccessto the Tom Bradley International Terminal and Terminals 2, 3, 4, 5 and 6, drivers will usage the developed detour that starts at East Way.

On the nights of Feb. 27 and Feb. 28, traffic on the upper/departures level highway will be stopped for 30 minutes to setup a area of the bridge over the highway. Vehicles might usage the lower/arrivals level inner lane to bypass the closure.

Lower/arrivals level closures will takeplace from 10 p.m. to 7 a.m. Traffic will follow detour signs to path along World Way North’s innermost lane around the closure to gainaccessto the terminals.

The 2.25-mile Automated People Mover is the focalpoint of the airport’s modernization program.

The train system will have 6 overall stations—three inside the Central Terminal Area and 3 outdoors the CTA, which will link the train system to L.A. Metro and a carsandtruck leasing center.

Officials anticipate the train system to be prepared in 2023, and the complete modernization job is anticipated to be finished ahead of the 2028 Olympic Games, held in Los Angeles.

Source: Some Lanes at LAX Close For Construction of Pedestrian Bridge.