Iridium expects the first Certus aviation terminals to become available by the end of the year, although the company’s vice president says the IP connectivity it can provide will be applicable to other areas of aviation beyond commercial airlines. (Iridium)

When Iridium first introduced Certus in 2016, its main aviation application appeared to be air transport category aircraft that already use the satellite operator’s existing L-band network. While that does remain the largest overall addressable market size for Certus, Tim Last, the Vice President of Iridium’s aviation division, told Avionics International that a wide variety of other aircraft types including electric vertical takeoff and landing (eVTOLs) aircraft and drones could eventually be flying with Certus modems and antennas in the near future.

A number of new milestones have also recently been added to the Certus aviation service launch timeline. As an example, SITA revealed in a Sept. 7 announcement that it will integrate Certus into its “United Aircraft Communications portfolio,” which includes its Aircraft Communication Addressing and Reporting System (ACARS) messaging service between controllers and pilots, graphical weather, and other cockpit services.

“SITA will support validating the Iridium Certus service and aircraft satellite communications systems for Future Air Navigation System (FANS) use on the SITA network to ensure suitability for the handling of Air Traffic Control communications. Evaluations are anticipated to commence before the end of 2022,” SITA said in the announcement, noting that the integration would make Certus available for 19,000 in-service aircraft.

Another aviation-specific adoption of Certus is under development in Japan, where the Ministry of Internal Affairs and Communications (MIC) approved regulatory amendments necessary to allow for Japanese adoption of Iridium Certus broadband, along with the legacy non-Certus Iridium Controller–Pilot Data Link Communications (CPDLC) and other aeronautical services for aviation, according to an Aug. 2 press release. Following all required processes of the regulatory amendments, Japanese flagged aircraft can start using the services according to Iridium. Last said Iridium is seeking similar CPDLC approval in the U.S.

“The CPDLC approval in Japan is for the existing/original Iridium service.  It has not yet received the Iridium Certus approval, which still has terminals in development.  We are moving forward with the FAA evaluation, which will be the route to global approval for AMS(R)S, but as you know that can take some time.  The Japan approval is for existing Iridium safety services to be used on Japanese flagged aircraft,” Last said. 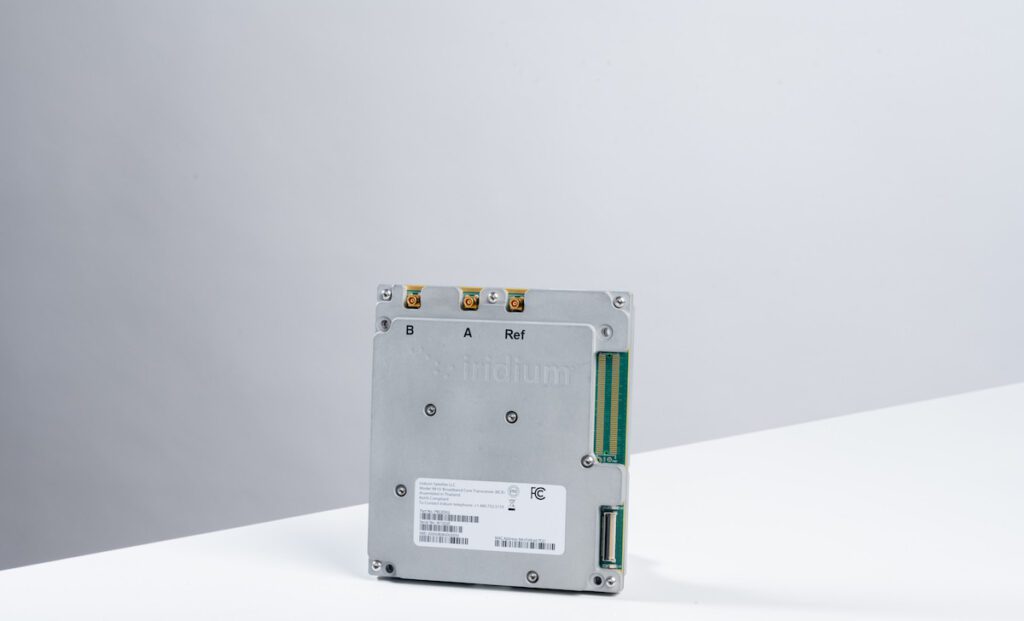 Currently, the Iridium 700 and 200 service versions of Certus are live, with several aviation VAMs and service providers already completing over-the-air testing in both classes. Honeywell on Aug. 12 announced its Aspire 150 and 350 satellite communications as the first aviation Satcom terminals to demonstrate connectivity at up to 700 kbps using Certus.

Connectivity with the satellites was achieved using a small, light-active high-gain antenna, according to Honeywell. Other components in the system include the satellite data unit (SDU), the SDU configuration module, and a low-gain antenna.

Eventually, terminals with smaller and more compact form factors could be supplied by Certus for a number of other existing and emerging aircraft types as well.

“Iridium Certus is a unique service platform in that it’s able to scale in both device size and speed to suit the end-user needs.  With that comes SWaP advantages as well.  This makes it ideal for all aspects of aviation – rotorcraft, business jets, UAV, GA, balloons, supersonic aircraft, eVTOLs/urban air mobility applications and many more,” Last said. “You’ll see more evidence of this in the coming weeks as we prepare to introduce commercial service for Iridium Certus 100, which is bringing the smallest-form-factor to speed L-band capability the market has ever seen, which makes it particularly exciting for UAVs, GA, EVTOLs and smaller business jets.”

Last said several Certus partners are getting closer to launching the use of Certus on the first in-service aircraft types approved to use the service.

“We are working closely with our partners on this and they are getting closer to launch.  As noted, we expect initial products to be available by the end of this year, with more following soon thereafter in early 2022. Each partner will have their own announcements and you can find some that are already sharing information about companies choosing their solutions,” Last said.