In manufacturing, it’s about smarter factories using data to streamline and innovate at every step. In farming, the trend is known as precision agriculture. With the latest Intergovernmental Panel on Climate Change report calling for urgent action to minimise climate change, farming, like most industries, is set to come under intensifying scrutiny.

Yet we must have food. Data-driven precision agricultural techniques applied to the methods of production look set to supply at least part of the answer. At the other end, this can also mean further development of technologies for precision fermentation of proteins – producing ‘new’ foods such as non-dairy ‘cheeses’ and meat alternatives. According to an announcement quoting dairy co-operative and manufacturer Arla Foods UK’s Agriculture Director Alice Swift, all farms can improve sustainability alongside profitability through precision farming, supporting crop yields and better land use. “Lowering your footprint is all about finding the right balance between the resources that go in and the value that comes out,” she says.

Feeding dairy cows more efficiently and precisely can improve milk yields, as Arla’s data shows. Feeding only the protein levels required, for example, not only reduces waste but can develop healthier cows. Data gleaned via soil sampling coupled with GPS can help ascertain correct fertiliser amounts for areas of soil. Only applying what is required at any time typically reduces nitrogen use; synthetic nitrogenous fertiliser is a key contributor to emissions from soils used to grow crops.

Implementing precision slurry spreading techniques, used by only about half of UK farmers, can also reduce airborne emissions of ammonia by 30 per cent to 90 per cent, data suggests – and Arla aims to reach net zero by 2050. Kellogg’s Origins programme has also been working with farmers to develop precise technologies, data and support that will help suppliers become more efficient, reducing emissions and becoming more sustainable. Duncan Rawson, agronomist and Partner at European Food and Farming Partnerships (EFFP), works with Kellogg’s

Origins as part of his role influencing and informing long-term change, including decarbonisation. This requires precise and accurate data that, via technology, can support farmers to make better management decisions – whether that means incorporating drones or satellites, or real-time remote sensing with connected devices and GPS that can also guide machinery working in the fields. “If we can help farmers increase their natural utilisation rates or how much nitrogen put on is actually used by the plant rather than wasted, that has a direct benefit to the environment too,” he says.

Much data generated, collected by devices including tractors or combines out in the fields, is typically recorded today, he says. However, now more farms are moving the next phase: developing and applying practical insights based on the more precise measurements, applying emerging information systems software for the farming space to clean, validate and analyse data. “We’ve got a drone that’s out in the field at the moment, supporting the agronomy, and providing some hard data now in terms of the green (leaf) area index got across the field, and starting now to look at weed identification and those sorts of things as well, using artificial intelligence (AI), in the early stages,” says Rawson.

Rawson points to data-platform company Map Of Ag as among a growing number of tech firms helping drive farm efficiency.  Its Precision Decisions subsidiary offers soil sampling, yield and grass growth tracking, telematics and more via its MiFarm geospatial mapping and AgPortal products; its vehicle-mounted Yara ALS N-Sensor ensures that optimal rates of fertiliser are applied to specific areas. Map Of Ag Head of Sustainability Hugh Martineau agrees inefficient use of nitrogen remains a key environmental issue and driver of climate change via farming – even though its use has often been reduced already, sometimes via legislation.

“As an industry we have become accustomed to applying almost ‘insurance’ levels of nitrogen, using standard applications based on best-case scenario yield predictions,” Martineau says. Consequences have included water and air pollution as well as biodiversity impacts from ammonia and nitrous oxide emissions. “It’s fair to say that nitrogen is arable production’s biggest liability,” Martineau says.

“The Nutrient Management Guide might state you can apply 200-220kg of N/ha to achieve a 10t/hawheat crop, but in reality that might not be necessary, as it does not take into account the soil dynamics on an individual farm.” According to Map of Ag, 26 per cent of farmers have considered investing in precision farming technologies – from GPS and variable-rate fertilising or spraying tools, to environmental or biodiversity monitoring tools, smart irrigation, or machine performance automation, monitoring and analytics.

Rawson adds that, previously, the “right sort of data” and measurement was typically lacking to apply to the management and modelling of dynamic, constantly shifting biological systems in ways that don’t exacerbate risk for the farmer who is trying to adopt new methods.

Biodiversity specifically has been an area historically difficult to quantify and manage, and data analysis can now help with working out what habitats are needed to naturally control pests – pinpointing ways to use less pesticides that can damage the environment and potentially accelerate climate change.

“With all of this, you’ve got to measure progress over the long term, and it’s a constant battle that’s started to come to a head across the industry now because of the focus on emissions,” he says, adding that industry, farmers, and government need to increasingly collaborate to find the best solutions.

“It can potentially get quite tough for UK farmers post Brexit because we’re coming out of the EU Common Agriculture Policy (CAP),” Rawson says. “Yet fixed costs are huge – so the opportunities to actually collaborate and share more might be huge – including benchmarking, comparing performance as a powerful tool.”

Without data, it’s really difficult to properly settle debates – such as whether New Zealand farmed lamb offers a lower carbon footprint than Welsh lamb, for example. And without clear facts, debates can become polarised and unhelpful. Meanwhile, progress on sustainability and the funding of ‘blue sky’ research needs to speed up.

“This is one of the biggest challenges we have,” Rawson says. “If we’re really moving down the regenerative or sustainable agriculture route that’s a systems change: the way that you till your soils or fertilise, and the way you integrate animals and cover crop rotations and so on. It’s not just about individual fields anymore.”

When it comes to collaborative efforts, Arla’s 360 Innovation Farm near Aylesbury provides knowledge sharing for members and industry stakeholders alike, and serves as a test hub for trials of herd health scanning, a ‘happy cow’ wellbeing index being developed by monitoring individual animals via connected sensors and location data, as well as slurry emissions reduction technologies.

Scotland’s Agri-EPI Centre in Mid-Lothian, with its network of satellite farms, is another beacon of R&D around precision agriculture – such as the ‘healthy heifer’ project that helps drive emissions reduction by delivering timely interventions that boost efficiency based on monitoring information about the genetics, nutrition, environment, activity and health of young female dairy cattle.

“Some 15 per cent of heifers fail to enter the milking herd with a further 19 per cent culled during first lactation due to poor health or injury,” according to Agri-EPI Centre, which also works with partners in Kenya to improve the sustainability of smallholder millet crops. Advanced techniques for measuring GHG emissions from soil are also being studied at the centre; the Soil Flux 360 project aims to evolve new soil and crop technologies that can help slow climate change – although CO2 accounts for 75 per cent of emissions, methane (CH4) and nitrous oxide (N2O) 28 times and 310 times as potent, respectively.

“Most of these emissions come from the burning of fossil fuels for energy production, transportation, manufacturing and building but land use also plays a significant part,” the centre affirms. Faster analyses using more accurate data can help improve agricultural techniques and reduce emissions much faster; Agri-EPI Centre points to an automated chamber experiment on soil flux monitoring of strawberries by Pamona College, California, that slashed the data processing time from 68 days to just one.

“We’ve measured emissions across the full value chain, from farm to consumer – and you can be talking about some 70 per cent of emissions happening at the farm side, depending on the particular supply chain, so we need to be working with them.” Kellogg’s works with co-operatives and other organisations that source directly from farmers, but builds a ‘strong relationship’ through its Origins programme. Insights and statistics gleaned this way can also be used to demonstrate progress to, for example, regulators, he adds. 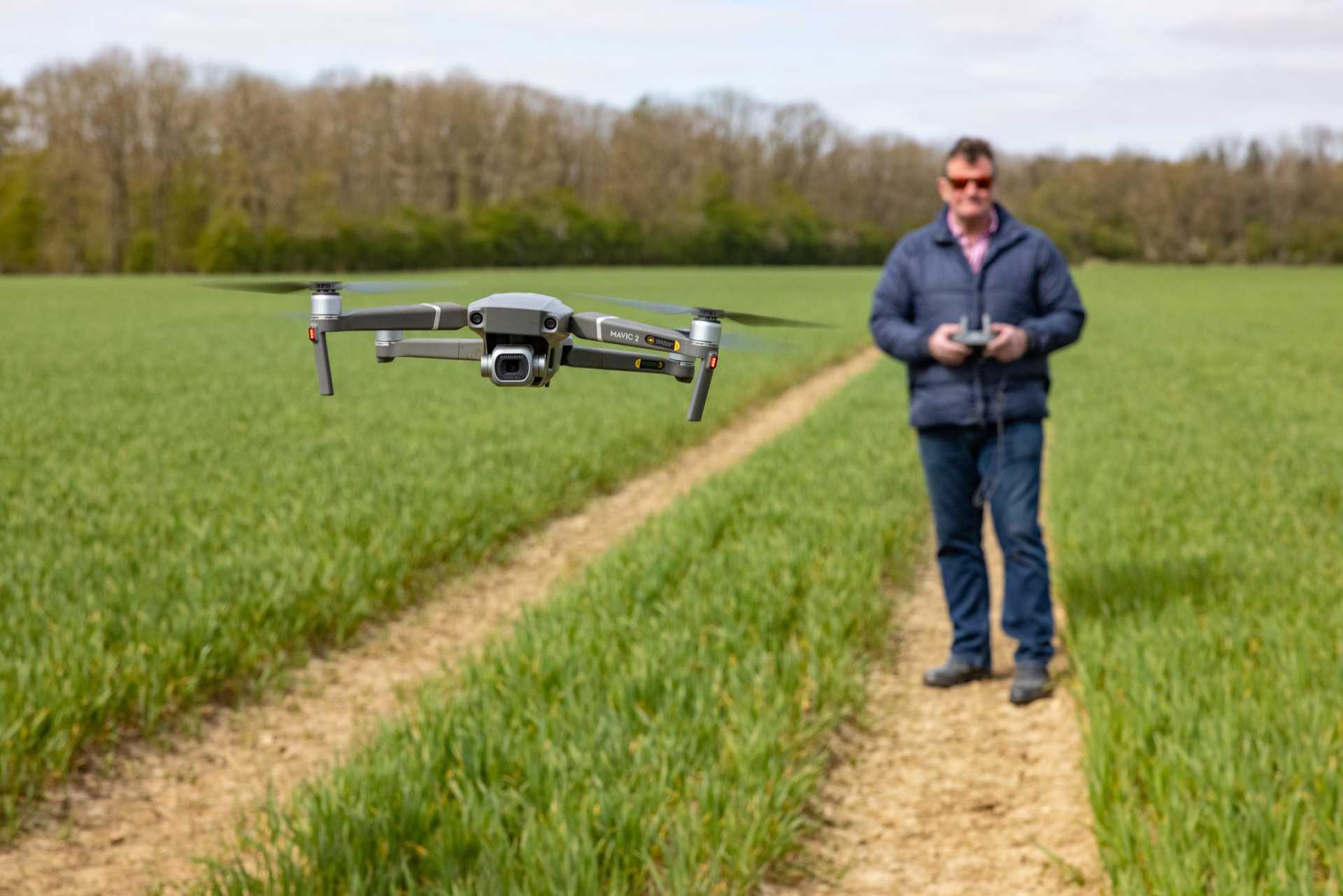 “Traditionally, the way things would have been measured would be to look at the practices that are being used on farms and then assume that that practice is delivering a particular outcome, but not actually measuring it because it’s difficult or expensive to do,” Fitzgerald says.

Precision agriculture is at different stages per sector, whether you’re talking about precision crops, or sheep farming, or a poultry unit or pigs instead, for example. That said – and despite some disagreement on the exact share – agriculture represents “somewhere around 10 per cent” of UK emissions, Freeman says.

“Sometimes what we’re doing doesn’t all get included in a calculation.” Fortunately, carbon auditing and environmental lifecycle analysis not only gives clues on emissions reduction but also pinpoints opportunities for agricultural businesses, he notes – especially since the best way to decarbonise raw material inputs is through greater efficiency. Yet driving productivity remains a “massive challenge” for agriculture in the UK and has been for “probably a couple of decades”, he suggests.

“So precision farming and livestock is starting to gain much more traction. There is no single thing: it could be about looking at animal nutrition – dietary formulation or additives to reduce direct emissions. Or a much more targeted approach to health or welfare, with a lot of emissions come from fertiliser use,” Freeman says. “The world is changing, that’s the interesting part. So, there are big questions to answer.”