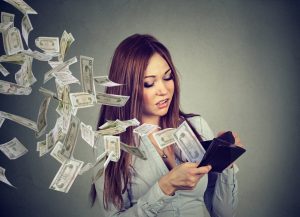 Practicing delayed gratification means resisting the temptation of immediate rewards. In exchange, you increase the possibility of a greater reward in the future. Most people are terrible at practicing delayed gratification. We live in a society that allows us to have what we want when we want it, even if we don’t deserve it. For many of us, self-discipline, restraint, and self-control are difficult skills to attain.

For evidence, look at how many Americans are overweight. Currently, over 70% of Americans qualify as overweight or obese. Or, take a look at their debt from financing new vehicles, smartphones, clothing, and vacations. 80% of Americans are in debt. Consumer Reports says that in 2013, 84.5% of all cars on the road were financed. Studies show that the practice of delayed gratification and success go hand in hand. People who can manage their immediate desires in their jobs, relationships, health, and finances typically thrive.

What Is Delayed Gratification?

For many people, the ability to wait for satisfaction isn’t natural. Practicing delayed gratification involves a feeling of dissatisfaction. To those who haven’t learned to control their impulses, it seems impossible. Choosing to have your reward now might feel good, but managing your impulses can result in bigger and better rewards in the future. Delaying gratification improves your self-control and helps you achieve long-term goals faster.

You may be familiar with the Stanford University marshmallow experiment. In this study, researchers placed children in a room with a marshmallow. The children were given an easy instruction: “You can eat the marshmallow now, or you can wait 15 minutes and receive two marshmallows.” Children who could wait for the second marshmallow, without eating the first one, scored higher on standardized tests. They also had better health and were less likely to have behavior problems later in life.

Consider your own behavior in light of this study. Can you wait for what you want? Or, do you determine your course of action based on what feels good right now? Can you stick with a project until completion, or do you give up halfway through? Think back on a time when you practiced your own delayed gratification, whether it was big or small. How did you feel afterward? Your patience reveals a lot about your character.

How To Practice Delayed Gratification

So how do you develop this skill? It can be as easy as finding something else more interesting than what is right in front of you. Through their “marshmallow research” the researchers noted a consistency within the group of kids who gave in. Their focus was completely on the short-term. If they smelled the marshmallow, played with it, or pretended to eat it, they quickly caved to their desires and gobbled it up. But, those children who were able to shift their attention elsewhere succeeded. The kids found all sorts of imaginative ways to take their minds off the first marshmallow, even reminding themselves out loud of the reward for waiting.

Daydreaming is another tactic for practicing delayed gratification that might seem a bit counter-intuitive. If you occasionally let your mind wander, you will find it easier to connect with your long-term goals. Once you complete a project, take a mental break before diving into the next one. Take a walk to clear your head and revitalize your senses. Your future self will thank you.

What Are The Benefits of Practicing Delayed Gratification?

These small shifts in your thinking can lead to extraordinary changes in your life. Temptations will often pop up right in front of you unannounced. If you can distract yourself or find a dream to focus on, you will find resisting those desires a lot easier. The key is to repeat these reactions until they become second-nature. Then you can congratulate yourself for developing the habit of delaying gratification! The Bible actually recommends patience over military strength:

“Better a patient person than a warrior, one with self-control than one who takes a city.” – Proverbs 16:32 NIV

Although the Stanford marshmallow study was first run in the 1960s, practicing delayed gratification isn’t a new idea. Aristotle, the eminent Greek philosopher, discovered in 300 BC that many people felt unhappy simply because they confused temporary comfort for lasting joy. He taught that true happiness stems from developing habits and relationships that enrich your life. According to Aristotle, this will allow you to progress towards your greatest potential. If you practice delayed gratification, rather than trying to feel good now, you will build a life of purpose.