What Happens When You Become Successful? 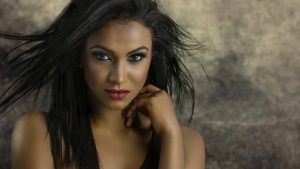 I often hear people say, “money doesn’t make you happy” but I can tell you from personal experience that money gives you options. Money frees you from much of the stress that you would experience without it. However, success also creates predicaments you may not have expected.

What Happens When You Become successful

When you hit it big, you’ll be surprised at what you hear. Many people will say they “always knew you’d be a huge success” although they snubbed your early ideas. Friends and family who supported your competition instead of your business may come to you asking to borrow money. This year alone, I’ve had people ask for “loans” ranging from $5,000 up to $80,000.00 with a personal guarantee of, “Come on man, you know I’m good for it!” Somebody will turn in a résumé when you’re hiring after they wrote long-winded hit pieces against you on social media. Be ready for it! Think through your options and opportunities before they overwhelm you so you can guarantee continued success.

People Will Criticize You

I’ve read numerous articles that criticize famous people like Steve Jobs and Elon Musk. There are over eight million results on Google if you search, “Steve Jobs was a jerk”. Many people hated Steve Jobs, although he is currently ranked as the world’s greatest philanthropist. People say that Steve Jobs secretly gave millions to charity, although he was publicly criticized for not doing enough. If you ask 100 different people what kind of person Steve Jobs was, chances are you’ll talk to some who hate him and others who are raving fans, although those with the most biased opinions probably never met him.

If you become a huge success, there will be gossip. On one occasion I was talking with a random person and mentioned Best Cellular, as I often do in conversation. They shared a shocking rumor about the owner of the company, not knowing they were talking directly to him! Rather than take offense at the gossip, I chose to feel grateful that people were talking about my company. Although we did take steps to stop the untrue rumor, it became a great marketing campaign.

People Will Adore You

Although some people hated Steve Jobs, others permanently tattooed his face or the Apple logo on themselves to mourn his passing. Talk about having a serious influence! People were so caught up in his success that Steve Jobs had a cult of followers he never met. People often blindly support wealthy entrepreneurs, athletes, musicians and others who have achieved success. Don’t let fans and followers make you overconfident.

Is Money The Root Of All Evil?

When you begin to accumulate wealth, others will often belittle your financial success by using this idea to feel morally superior. Money is NOT the root of all evil, although people often misquote this verse in the Bible:

“For the love of money is a root of all kinds of evil. Some people, eager for money, have wandered from the faith and pierced themselves with many griefs.” – 1 Timothy 6:10

Money empowers you to become more. It gives you choices and it opens up opportunities. Money allows good people to do lots of great things and it enables bad people to impact others on a larger scale. Money is a personality enhancer. Make sure you’re firmly rooted in your values and ethics before you achieve success and you can do a lot of good in the world!

Being successful Affects Your Personality

Becoming successful, financially or otherwise, affects your personality. Ask anyone who is extremely successful and they’ll tell you it took work. It took a lot of work. Becoming successful forces you to gain a new perspective on life. In addition, your education, your profession, your partner, and your health are all directly influenced by your finances. Psychologists have found that money dramatically changes how we see the world. If you’re already successful, or on the road to success, you’ll agree with these statements about your personality.

Do My Friends Only Like Me For My Money?

One concern I sometimes hear from wealthy people is not knowing whether their friends actually like them, or if they hang around because of the money. I’ve made a lot of money and had a lot of influence, then lost everything when I was diagnosed with a malignant brain tumor.

At that time, I had hundreds of “friends” saved on my phone. I could send out a group text and have dozens of people show up at a sporting event I sponsored or a concert with free VIP access. However, these same “friends” never called the hospital to see if I was okay when I was given months to live. After Best Cellular started gaining nationwide recognition, some of those same “friends” who abandoned me have recently reached out to see how I’ve been for all these years.

Many people who become extremely successful don’t have the opportunity to lose everything and gain it all back again. I call it an opportunity because it made me look at who my real friends were and gave me the experience to guard my heart as my business ventures grow.

Many couples experience struggles in their relationship when there’s an income gap. Take for example a couple who met in their early twenties. He was making good money as a head chef at a fancy restaurant while she was struggling as a recent college graduate. She loved his work ethic and he appreciated her drive. After school, she got a good job working for a tech company but she never stopped learning. He continued to work long hours and enjoyed hanging out with the guys. As she continued to develop her skills, she earned promotion after promotion and she quickly surpassed his income. Soon, she was making more than double what her husband brought in.

She urged him to open his own restaurant or take time to study leadership in order to move up in his job, but he was content with the money he made. As she continued to learn new skills and attend trade shows and seminars, she eventually started her own company. Quickly, the income gap between them had turned into a chasm. As she started receiving invitations to speak at events, she sensed the admiration he once had for her turning into jealousy.

In order to maintain their relationship, she had to realize that although they had grown apart it was her that had changed, not her husband. He was the same guy she fell in love with, but her pursuit of success turned her into someone else. She soon realized that his resentment was not because he was unhappy with her success, but that he felt left behind.

You may find yourself in this situation if you are working to improve but your loved ones are content to stay unchanged. Look for ways to make them feel significant even though you are paying for dinner or a vacation. Keep in mind that you can never change others, but you can always change yourself. Stay focused, but remember that your romantic relationships may need a little extra attention in order to survive the changes you have in store.

On my journey to creating successful companies, my circle of influence began to change as well. I met some remarkable friends who are motivated, inspired, and driven to reach their goals. As I started spending more time around people who intentionally devote time to personal development, I made friends who give back to the community. Many of my friends are different than my old ones, not because they drive fancy cars or have expensive hobbies but because they’ve invested the time and energy to be able to afford those luxuries.

They’re not comfortable with the status quo. They’re always striving to improve. We talk about ideas and opportunities rather than people and events. Early in my journey, I wouldn’t have fit in with these friends, even if I had been given the same financial resources. I hadn’t yet experienced what it took to be in the position they’re in now.

On the road to success, you’ll realize that you start to have less in common with your old friends. As you begin to acquire wealth, you’ll notice that you’re able to do things that they either don’t find interesting or can’t afford to take part in. Success presents options and opportunities that you previously didn’t know were available. Keep this in mind: you can protect the relationships and friendships you cherish, but it will take a conscious effort on your part. As I mentioned earlier, becoming successful requires huge changes in your life. Your priorities must shift if you expect to achieve massive success. You may grow apart from old friends as your lifestyle changes. Remember that they’re no less important than you, but it may be harder to relate with them as you grow.

People who have always been broke often think being rich is the easy life. In reality, creating something that generates a substantial income can bring a lot of stress. successful people often need to focus on the small details behind the scenes that others never need to worry about. Because of this, successful people are often more stressed. Managing details is a skill that many don’t come by naturally. Prepare yourself to exchange one set of worries for another, but recognize these changes for the amazing growth that they represent.

You Don’t Worry About Things That Trouble The Working Class

Before, you may have worried about simply having the money to put shoes on your kids’ feet. When you become successful, you may have to worry about which private school for them to attend as they prepare for a brighter future. Concerns over making minimum payments on-time, covering the cost of food, medical bills, etc. will fade. What you are left with is the choice of how to manage your wealth and influence.

Once you achieve your goals, how will you prevent stagnation? How much of your budget will you allocate to give back or invest in business opportunities? Answer these questions early on so you can be ready for success when it arrives!

Source: What Happens When You Become Successful?

Share This Press Release: What Happens When You Become Successful?