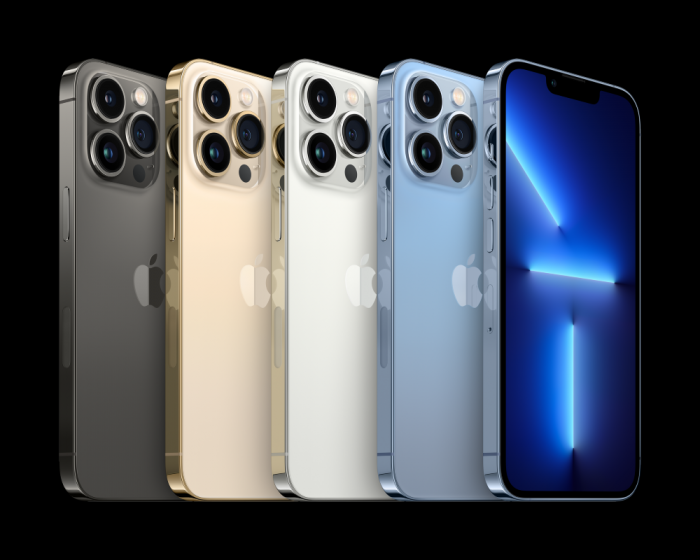 With a super-slick screen, improved cameras with 3x optical zoom, excellent battery and speed, the new iPhone 13 Pro is a significant upgrade on last year’s model. At the same time, its entry price is lower than that of its predecessor. Apple’s latest Pro smartphone costs £949 ($799), which is £50 less than the price of the iPhone 12 Pro at launch. It is positioned between the iPhone 13 (£779) and the top of the range iPhone 13 Pro Max (£1,049).

In terms of aesthetics, the 13 Pro has the same sumptuous stainless steel and glass sandwich design as its antecedent, but the camera bump on the back is more pronounced, the Face ID notch is smaller, and the screen is brighter.

Indeed, the new ProMotion screen represents a major upgrade. It runs at up to a 120Hz refresh rate – twice that of the standard iPhone 13 – which makes scrolling and other on-screen motion substantially smoother. Above-60Hz screens have been a mainstay of Apple’s iPad Pro line since 2017. As with razor-sharp retina displays before them, faster screens are so compelling that once you use one it is very difficult to go back.

The iPhone 13 Pro features Apple’s newest A15 Bionic processor, with a five-core graphics chip, making it one of the most formidable phones on the market. Fused with the new 120Hz screen, the 13 Pro looks and feels noticeably faster and more responsive than previous iPhones.

The 13 Pro has an 11 percent larger battery, which means that battery life is great, notwithstanding the larger screen. Apple’s quoted improvements over the 12 Pro model is 90 minutes more usage on the 13 Pro between charges. I’ve been using my phone for a couple of weeks, and have found that my results are in line with Apple’s claims. On a day when I really pushed the phone, with lots of 4K video and max brightness on the screen, it still lasted from 6am to 10pm with 25% remaining, despite over four hours of very heavy use in the screen time tracking app. The phone typically lasts about 42 hours between charges with the screen used for about six hours of moderate intensity usage in that time, which is longer than most similarly sized rivals. I normally hesitate to enthuse about battery life because individual phone usage is so variable, but I can confidently confirm that the 13 Pro will only need charging every other night with normal use. The extra battery does add some weight (17g over its predecessor, to be precise), but for the added flexibility and peace of mind, not to mention being able to jettison an external battery pack, I think it is worth it. For me, being able to get through a normal day without battery anxiety represents a triumph.

The phone fully charges in about 114 minutes, hitting 80% in 50 minutes using a 45W USB-C power adaptor.

The iPhone 13 Pro runs iOS 15, which is present on all Apple’s smartphones from the iPhone 6S (2015) onwards. It includes a host of new features, such as “focus mode” for removing distractions, faster, local voice interpretation for Siri, and enhanced notifications.

Apple offers its customer software updates for longer than any other manufacturer, so you can expect between five and seven years of software and security updates.

There are three superior 12-megapixel cameras: one main, one ultrawide angle and one telephoto with 3x optical zoom – a first for an iPhone. All three cameras are as good as you will find on any phone.

The main and ultrawide cameras are much more rapid and light-sensitive than those on previous models. The dedicated night mode is hardly required in darker scenes on the main camera, and photos are crisper and less prone to handshake, especially on the ultrawide camera. Portrait and HDR shots are better, too.

The camera app’s new ‘photographic styles’ feature allows the user to customize the balance between contrast, vibrancy, and tone beyond simply applying filters, if you don’t like Apple’s default warmer-looking shots.

The 3x telephoto gets you closer to the action than the previous 2x magnification of cameras and captures some of the very best telephoto images across a range of light levels, including with the dedicated night mode.

Excitingly, the 13 Pro also has a dedicated macro photography mode, which uses the ultrawide camera to deliver some sharp, detail-packed photos from as close as 2cm away from the subject matter.

Video quality is superb – the best available on any phone – and the new “cinematic mode”, which simulates an advanced cinematography technique called “rack focus” is a fun feature to tinker with.

The iPhone 13 Pro has been designed to minimize its environmental impact. In terms of its composition, the iPhone 13 Pro uses 100% recycled rare earth metals, 100% recycled tin in the solder of the main logic board and battery management unit, and 100% recycled gold on the plating of the main logic board and the wire in the front camera and rear cameras. Redesigned packaging has eliminated the plastic outer wrap, thereby saving 600 metric tons of plastic. Apple’s goal is to eradicate all plastic from its packaging by 2025.

Although Apple does not provide an anticipated lifespan for the iPhone 13 Pro’s battery, it can be replaced for £69. Batteries in similar devices normally retain at least 80% of their original capacity after 500 full charge cycles. The smartphone is widely repairable, with an out-of-warranty service costing around £500. In addition, Apple offers trade-in and free recycling schemes for both Apple and non-Apple products.

Whilst last year’s iPhone 12 Pro was arguably not souped up enough to justify forking out for it over the excellent iPhone 12, Apple has really upped the ante in the iPhone 13 Pro. The super-fast 120 Hz screen vastly improves the user experience, the cameras are exceptional with 3x optical zoom, great low light shots and added macro photography. Coupled with great battery life, outstanding performance, and longevity afforded by the generous period of software support, there has never been a better time to buy an iPhone Pro. 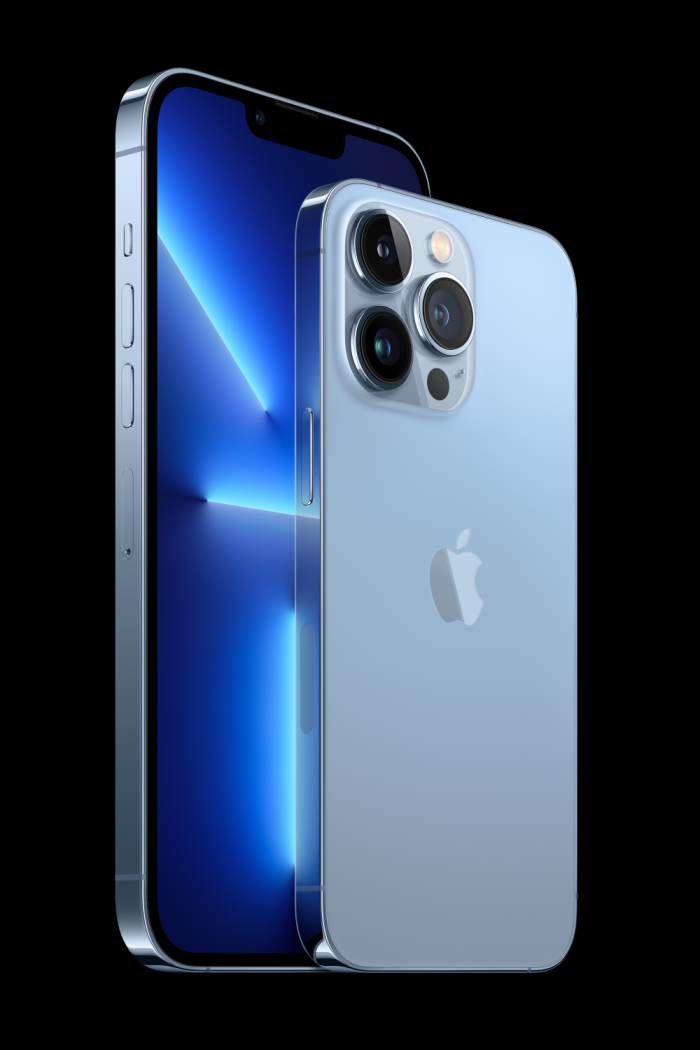 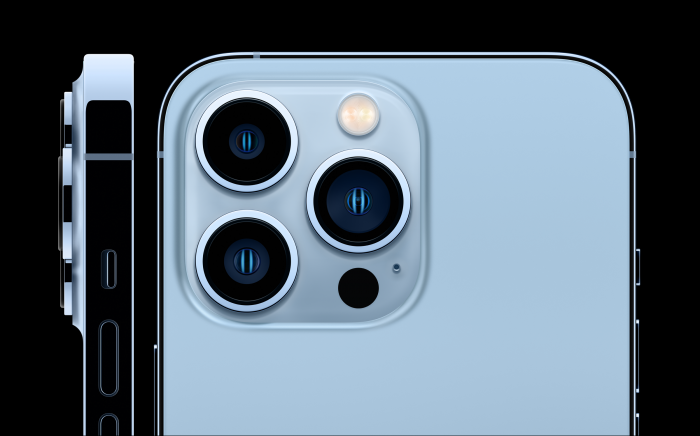 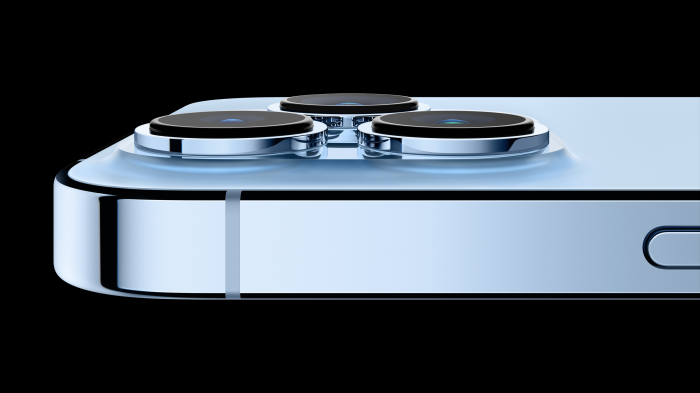