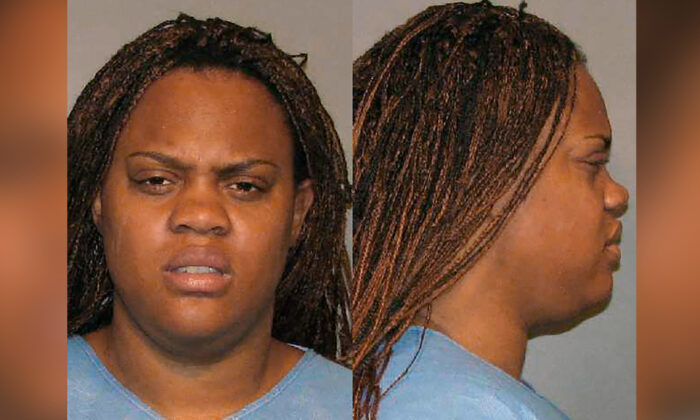 SHREVEPORT, La.—A Louisiana coroner’s office has released the name of a baby found dead in a lake after his mother allegedly threw him and his older brother into the water.

The child was identified as 10-month-old Joshua Black, the Caddo Parish Coroner’s Office said in a news release Wednesday night. Police had previously given his age as 8 months old.

An official cause of death was pending based on autopsy results, coroner’s office spokesman John Andrew Prime said in an email.

The baby’s mother, Ureka Black, is accused of throwing Joshua and his 5-year-old brother into Cross Lake in Shreveport last Friday.

Her sisters, Felicia and Pycolyia Black, told KSLA-TV that they’ve long been concerned about Black’s mental health, but she rejected any suggestion of treatment.

“Every time we tried to get her help, she refused,” Felicia Black said. “She just felt like nothing was wrong with her.”

She is represented by the Caddo Parish Public Defenders Office. Her attorney was in court when The Associated Press called for comment Thursday.

A yard crew working near a bridge alerted authorities to the baby’s body, and the Cross Lake Marine Patrol found the older child floating on his back, KTBS-TV reported. Rescuers thought at first that he was dead, but tapped him and he opened his eyes, the station reported.

Black’s sisters told KSLA that the family had tried weeks earlier to get custody of Black’s children.

“We just knew something wasn’t all the way right with her, but I didn’t want to hurt her in that way of taking her kids. We feeling guilty that we should’ve,” Felicia Black said.

Calls to Child Protective Services were fruitless because Ureka Black acted normal, they said. The sisters said they hadn’t known that she had a baby.

“For my mom, the first time she will ever see that grandchild is in a casket,” Felicia Black said.