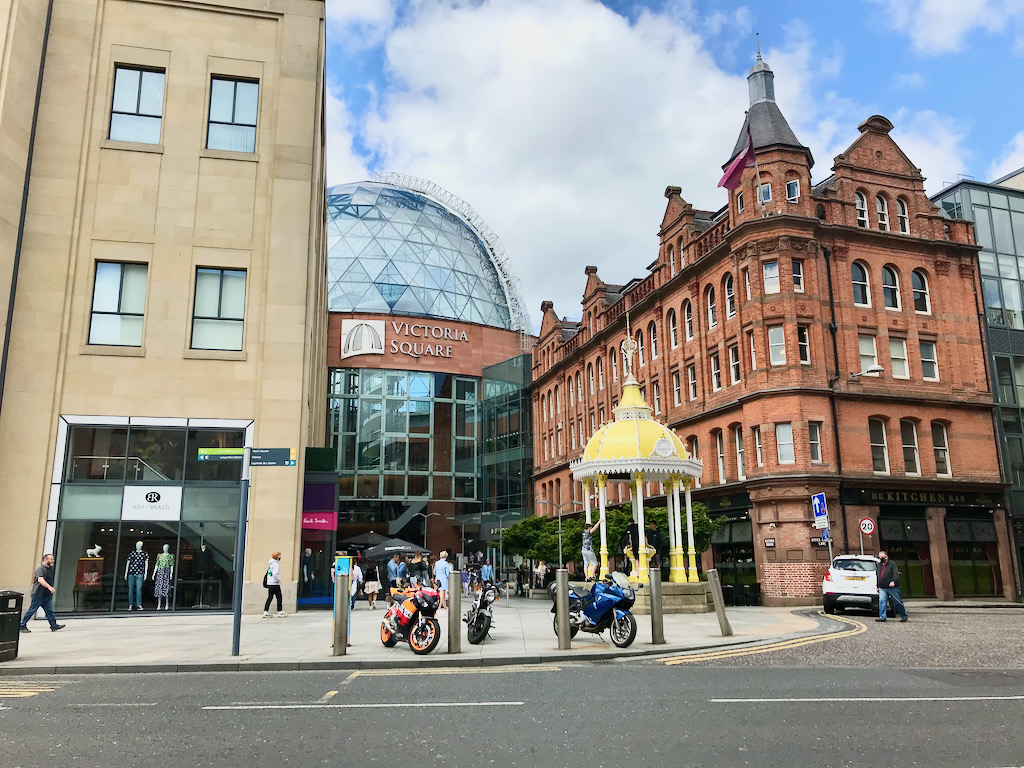 As a regional Irish city destination, Belfast has rapidly climbed the tourism ladder in recent years.

Tired of seeing the same sights in Dublin, visitors, both international and domestic, are choosing its northern counterpart on the banks of the River Lagan. Some even say a friendlier welcome awaits them there by a people so long in the past unused to seeing tourists.

For the culturally curious, there are lots of intriguing places to explore, not to mention quality restaurants to enjoy, as my companion said, “It has the vibe of a city and the warmth of a small town.”

Here are three highlights not to be missed within the city. 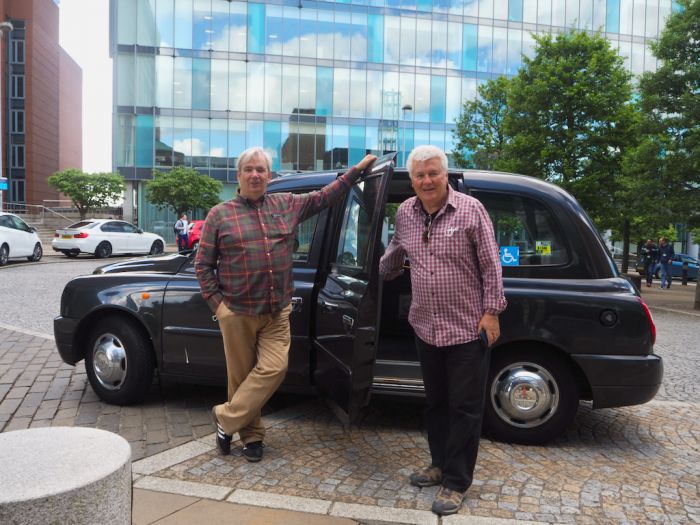 Whether you’re on a first visit to Belfast or have been before, a guided tour on a converted London-style taxi is an enjoyable way to understand the evolution of the city. My host was jocular and well-informed driver Billy Scott, a Bluebadge Guide. Using the city’s many impressive wall murals as illustrations, Billy offers an interesting historical perspective including the origins of the recent conflict between British Unionists (mainly Protestants) and Irish Republicans (mainly Catholics) known colloquially as ‘The Troubles’ and its eventual resolution into the politics of today. Billy even stops at a bright, multi-colored ‘Peace Wall’ separating both communities for his passengers to sign their names there. 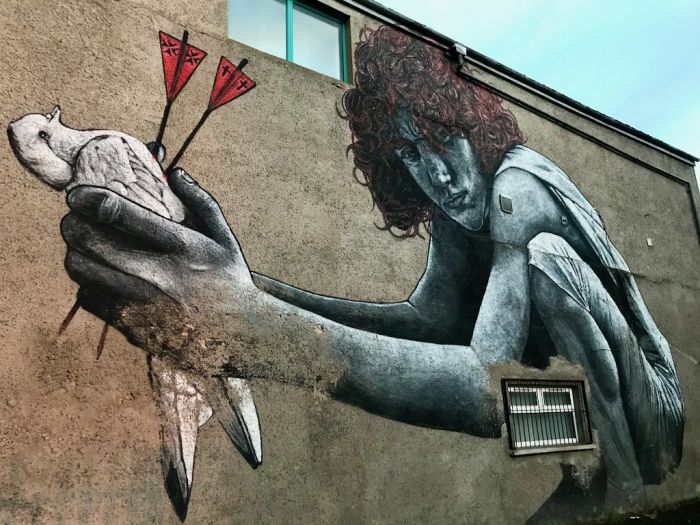 In addition to history, Billy also pointed out some enjoyable places to visit including Daisies, a funky underground cafe on Chichester Street close to City Hall serving gelato, cannoli and chai lattes; the ‘Duke of York,’ a traditional pub down a cobbled alley with a mirrored whiskey bar, old advertising signs and live music; and the ‘Friend At Hand’ beside it, a brickwork liquor store stocked with Irish whiskeys and a mini-museum about distilling in Belfast. 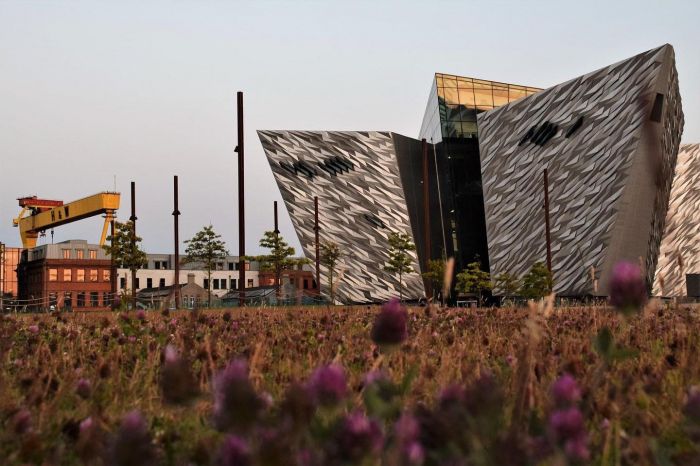 Belfast’s newest tourism attraction opened at a cost of around 101 million pounds sterling on the former shipyard where the ship was built. More than nine interactive galleries combine special effects, dark rides and full-scale reconstructions to provide an in-depth experience of the historic and ill-fated cruise ship. Tours, self-guided or led, begin with a history of Northern Ireland mainly through its linen and shipbuilding industries documented by period videos, photographs and commentary. A ‘Ship Fact Files’ grants insights into Harland & Wolff, the company that built the cruise liner while ‘Titanic Stories’ provide a dramatic collection of experiences of those on-board the ship when it hit an iceberg and sank, including the later investigations into the accident. 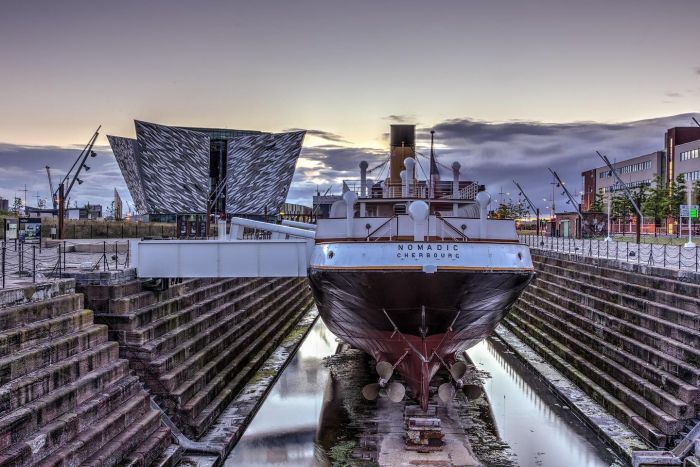 A special media room highlights the books, movies and televisions programs devoted to the tragedy while a cinema focuses on the discovery of the ship at the bottom of the Atlantic. Children will particularly enjoy ‘the ride,’ a descent into a ship ‘under construction’ with authentic sounds and commentary. Re-creation of the ship’s cabins reflect the differences in comfort between first and third-class passengers. Visitors can also walk outside along the former docks and explore the nearby SS Nomadic, the Titanic’s original tender ship. 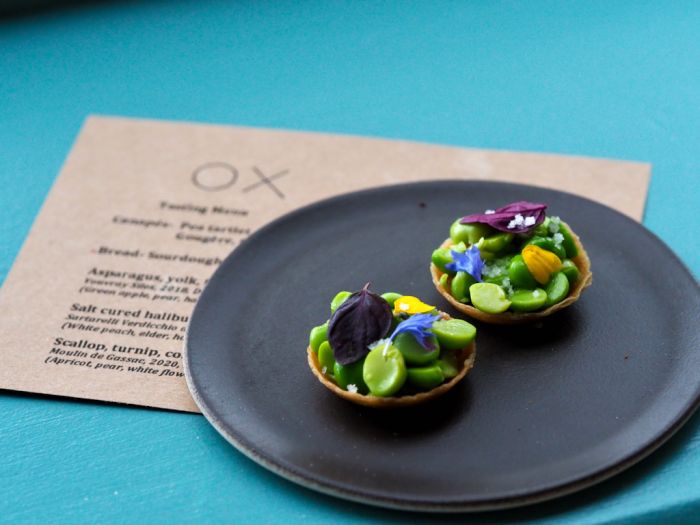 Its co-owner and executive chef, Stephen Toman, being from Andersonstown, the same area of Belfast as myself, first encouraged me to choose the Ox restaurant for dining out some years ago. The experience was so enjoyable, I returned again and was not surprised to learn it has earned a One Michelin Star, one of only three restaurants in Northern Ireland now holding that honor. 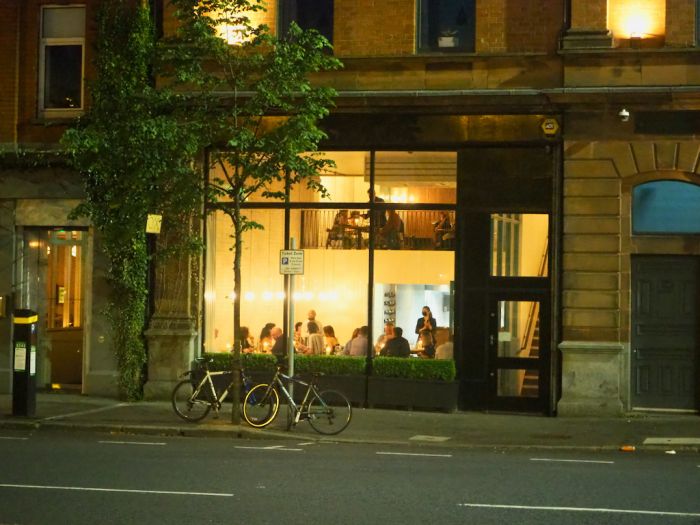 To quote the words of the famous French restaurant guide, it’s an ‘appealing modern restaurant, where the atmosphere is relaxed and the understated design wouldn’t feel out of place in Copenhagen.’

I’d put it more succinctly in one phrase, ‘Fireworks of flavors.’ For that’s the best way to describe the two canapés that launch Stephen’s special tasting menu. A delicate, deceiving pasty bonbon comprising a gougère of Coolattin cheddar from pasture-fed cows in Wicklow and beer, plus a tartlet of peas, shallot and verbena simply burst in your mouth with taste. 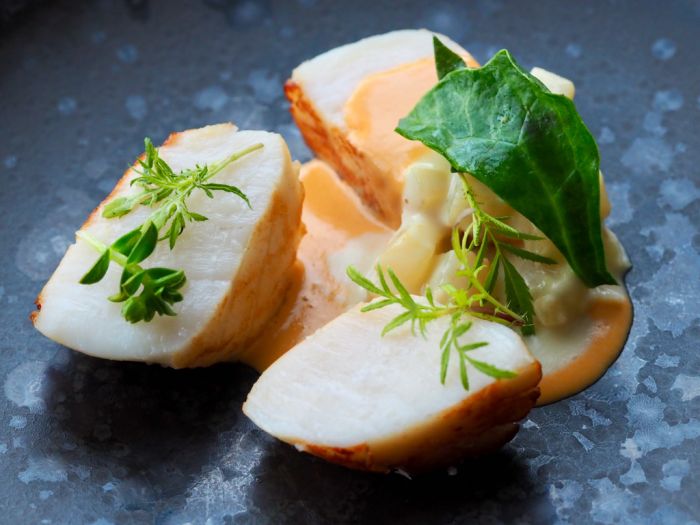 Of the seafood dish with salt cured halibut, oyster and dill, my companion said approvingly, “the kohlrabi brings the fish to land.” As for meat, it doesn’t get much better than succulent lamb from the local Mourne Mountains, with smoked Jersey Royal potato. The fact that fennel pollen is among the ingredients indicates the precision of culinary skills on display.

In addition to the splendid food, there’s also the friendliness of a young, enthusiastic multinational staff with interesting stories to tell. I mean, it’s a unique restaurant where the female sommelier is also an Italian opera singer.